Good morning!  Today I am excited to share with you a game I played at Friday night’s Sale-A-Bration Celebration.  This event was a party that was held for those who qualified with me during Sale-A-Bration.  It took a little longer to hold it than I had planned, but I think those that were able to come, had a good time.

We played a game called What Would Teresa Stamp.  I put all the supplies in a bin that I had used to make a card – the stamp set, the ink pads, sponges, masking template, accessories and card stock.  They needed to use those supplies to make a card that they thought would match what I had done.  At the end, I showed them the card I made.   Ready to see their creations? 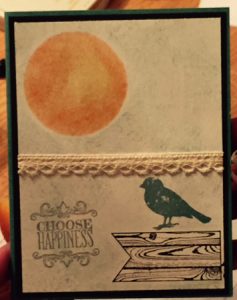 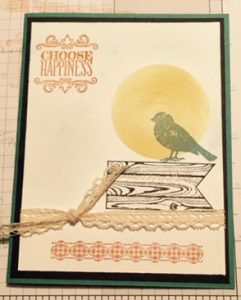 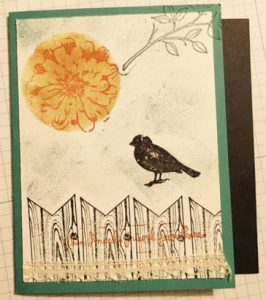 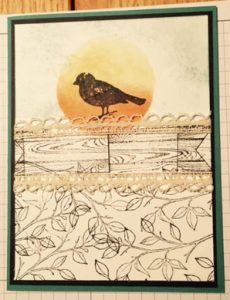 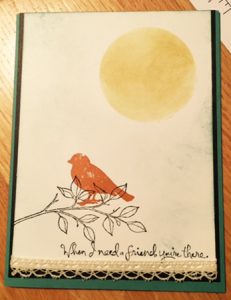 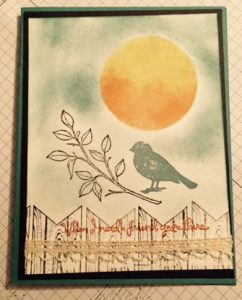 I love all their ideas!  It was fun to watch them try to decide what to use and think about what I might have done.  Love the idea of making a fence with the wood banner that Diane and Sue used.  The different colors each chose for their bird as well.   I wouldn’t have thought to do that – but will try it!  Ready to see my card? 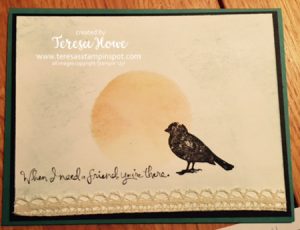 Pretty simple, I know – but that is mostly my style.   So, who do you think is the closest to mine?  Leave a comment by May 23rd (next Monday) and I’ll draw one random winner to receive a set of Brights Colored Card Stock and coordinating Candy Dots!

Check back later in the week and I’ll show the other cards we made!

3 thoughts on “What Would Teresa Stamp?”

This site uses Akismet to reduce spam. Learn how your comment data is processed. 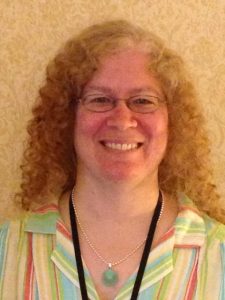